Seminar: Is there Computational Chemistry beyond Drug Discovery? 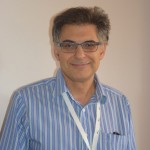 Abstract
It is impossible to imagine that any of the modern industries at the beginning of twenty-first century may survive and progress without application of computational modeling. This observation is reflected in industries such as aviation and space, chemical, oil/gas, materials, and pharmaceuticals. In pharmaceutical industry, molecular modeling applications in Drug Discovery have a 30-year history of great accomplishments; many of society’s greatest medicines were made possible, in part, due to computational modeling. However, computational modeling support of Drug Development has emerged only recently in full strength. An explanation for this hindrance is the high complexity of the modeling systems (solid and liquid phases of relatively large and flexible molecules) coupled with high expectations for accurate predictions that accompany late-stage drug development. It is fair to state that in order to overcome these challenges, typical modeling applications in Drug Development are pushing the boundaries of fundamental theories and methods initially tested on the simpler “classical” systems. This presentation will cover current Drug Development computational chemistry landscape providing real case examples of modeling applications.

Biography
Dr. Yuriy A. Abramov is a Senior Principal Scientist at Pfizer Inc., with a scientific and technical expertise in the broad area of Computational Science in Drug Discovery and Development. He holds a Ph.D. in physical chemistry from the D. Mendeleev University of Chemical Technology and Karpov Institute of Physical Chemistry, Moscow, Russia. Dr. Abramov started his career as an Assistant Professor in the Department of Physics at D. Mendeleev University of Chemical Technology followed by a Research Assistant Professor position in the Department of Chemistry at the State University of New York (SUNY), Buffalo, New York.

Yuriy A. Abramov started his career at Pfizer in 2001 as a computational chemist in Drug Discovery, supporting multiple therapeutic areas including inflammation, immunology, and oncology. This led to a computational chemistry position in Pharmaceutical Sciences in 2007. In this position, he developed multiple novel computational approaches to support risk assessment of likelihood of a more stable polymorph to facilitate commercial solid form nomination. In addition to computational pharmaceutical solid-state chemistry, his current interests include, but not limited to, prediction of chemical reactivity and chemical reactions and in silico bioengineering.